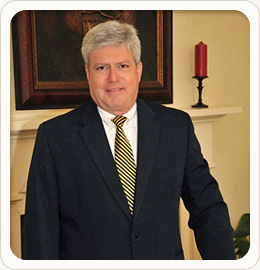 Newton Galloway is a partner in the firm.  His practice focuses on regulated utilities, zoning and development law and general commercial litigation.  In law school, Mr. Galloway was a member of the Mercer Law Review and Moot Court Board.  During law school, he was a clerk with the Georgia Department of Law and the law firm of Harris, Watkins, Davis and Chambless in Macon, Georgia.

He practiced with the firm of Greene, Buckley, DeRieux and Jones in Atlanta from 1981-1988.   He was involved with the defense of several hundred construction related damage claims, and he defended an array of personal injury and property damage claims.  This experience provided him with significant bench and jury trial experience.  He also participated in arbitration proceedings to resolve construction/development related claims.  Importantly, he successfully prosecuted an action for breach of contract involving the first generation of telecommunications services deregulated by the Federal Communications Commission which ultimately led to his practice before the Georgia Public Service Commission (“PSC”). He also served on the Executive Committee of the Young Lawyers Division of the State Bar.

In 1988, Mr. Galloway returned home to practice in Griffin.  Upon his return, he continued his general litigation and trial work. But, he simultaneously developed and expanded his practice to include the areas of utility regulation and zoning/development law.  His work in telecommunications before the PSC began in 1988.   Today, Mr. Galloway handles matters in telecommunications, natural gas, energy and facilities protection before the Commission.

Mr. Galloway attends the Williamson United Methodist Church.  He serves as Chairman of the Board of the Williamson Learning Center.  He served as President of the Griffin Area Arts Alliance from 2011-2015. He is Chairman of the Griffin-Spalding County Land Bank Authority.  He serves on the Board of Directors of the Griffin Downtown Council. He is a registered professional lobbyist for most of the firm’s regulatory clients, and he is a certified arbitrator for Arbitration Forums. Mr. Galloway participated in the Atlanta Regional Commission’s Regional Leadership Institute in 2012.

He was named a Super Lawyer by Atlanta Magazine in 2010.